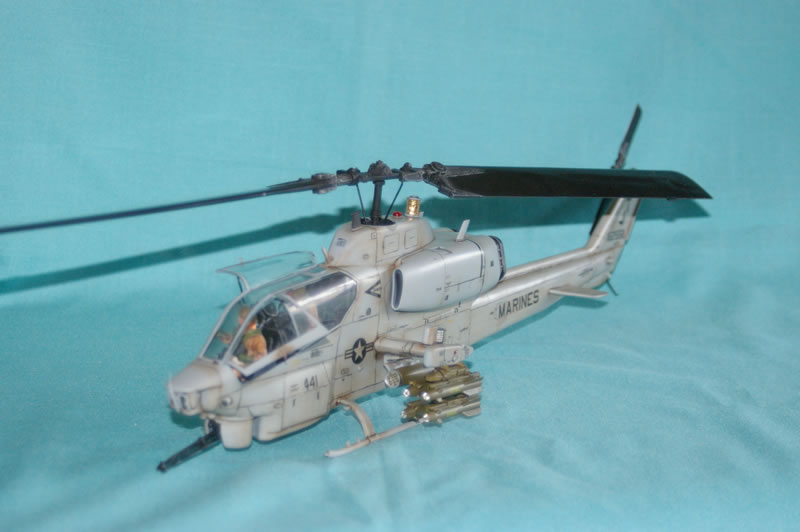 This is the MPC 1/35 scale AH-1W Super Cobra. I utilized the Verlinden Cockpit set which, for once, fit pretty good without a lot of effort and really added to the model. The pilot figures are the Dragon Viet Nam Helicopter crew set. The model itself went together well and did not require much filler. The crew figures, especially the gunner, needed some modification to fit in the cockpit. I used zirconians for the Hellfire Missile seeker heads as well as the front targeting unit. Model Master enamels were used for the helicopter with some oil paint filters and weathering. I wanted to depict a helicopter with a few missions under its belt but was being well maintained. The crew figures were painted with oils and MM enamels.