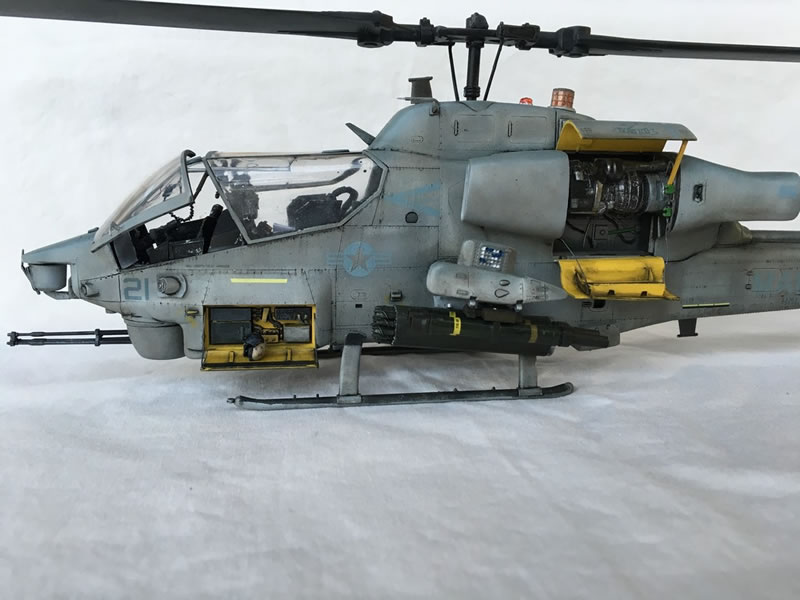 This is the venerable USMC AH-1W Super Cobra. I did this model as a gift to a friend who flew them (in fact, this is his exact helicopter) in Afghanistan. I also did this as a tribute to the pilot and friend he used to fly with who very sadly died in a crash some years ago. I thought it would be a nice way he could help remember his friend and help preserve those memories. With the help of some wonderful people notably (Mason Doupnik), I was able to put both their names, aircraft number, and squadron markings on it. I started with the basic MRC kit which was a very nicely detailed and engineered kit it has an nice mix of fine panel lines and raised detail for the rivets which really makes the details "pop." I originally intended this to be an OOB kit, but you know how that goes....so I used the Cobra Company NTS upgrade set/cockpit, Werner Turned Exhausts, some pieces from the Verlinden cockpit set, resin Hydra rocket pod, some decals from the Two Bobs set, Fireball Model's AGM-114 Hellfire decals. I also did some scratch building in various areas such as the front fuselage compartment doors, some work in the engine bay covers, some modifications to the antennas. For the paint work I decided to do a switch to acrylics as the lacquer fumes, even with an exhaust hood, are too much. I used mostly Model Master for the main paint work, and Tamiya for the details. A little side note, the new Model Master FS 35237 "Blue-Gray" is an almost perfect match to the real color and would look great on low-vis USN F-14 Tomcat. To reap this up, the Super Cobra was only my second model of helicopter, but I really had a fun time with it and am quite pleased with how it's turned out and I can't wait for it to arrive at my friend's place so he can see it in person, and I hope you all enjoy it too. (I'm going to send more pics to some of the people that helped me get it together once I have a little more time this weekend). 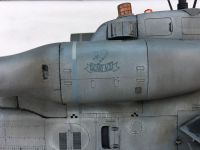 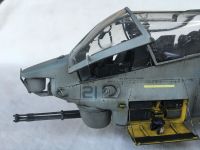 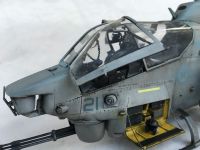 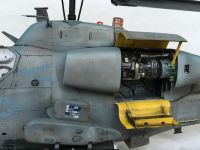 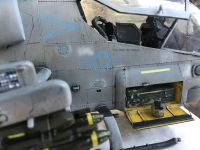 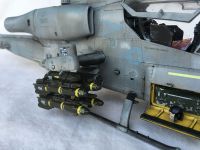 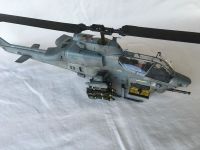 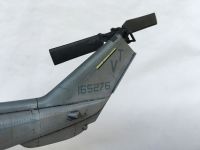 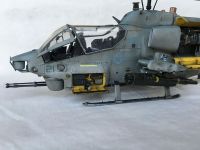 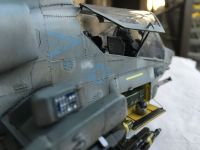 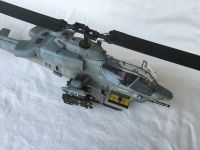 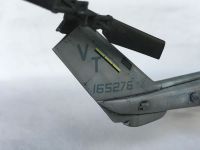 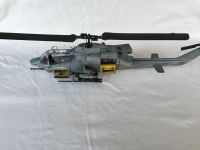 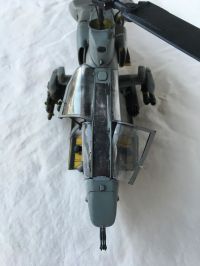 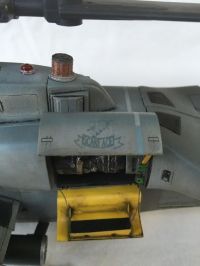 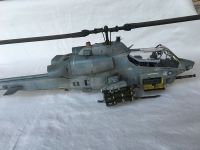 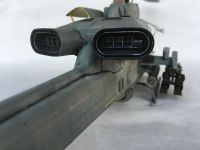 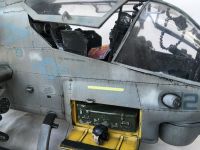 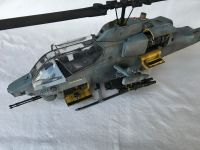