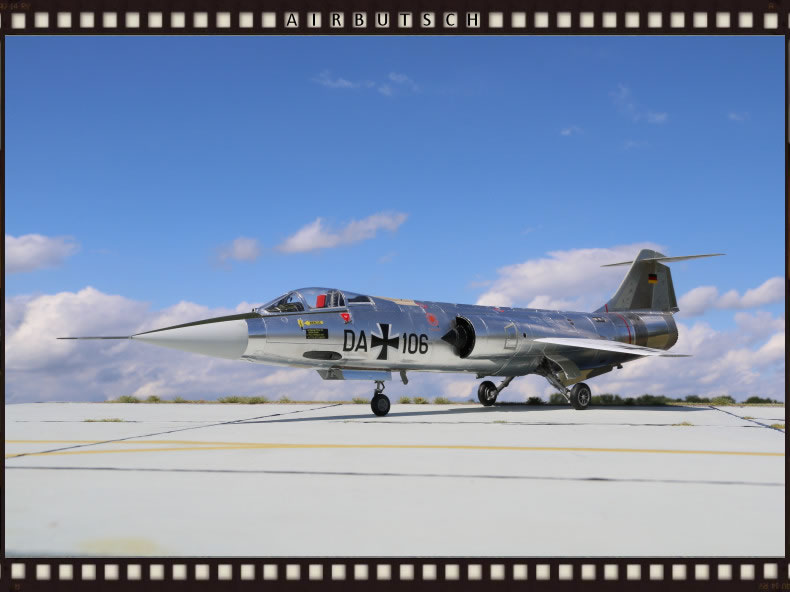 The World War II flying ace and current Commodore from the Fighter Wing Gerhard Barkhorn accepts personally the machine. Even Pin Up Girls were there. 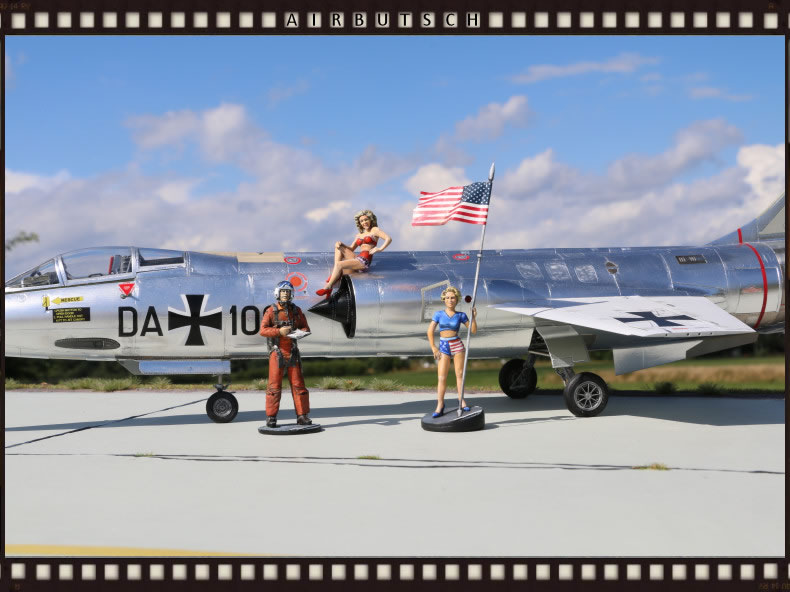 Those who want to know more about this machine visit http://www.916-starfighter.de/Large/da106a.htm.

The model is in scale 1/32 from Italeri. The surface of this model is covered with aluminum foil.

The early F-104G had to go through some modifications:

Here are some photos of the construction phase: