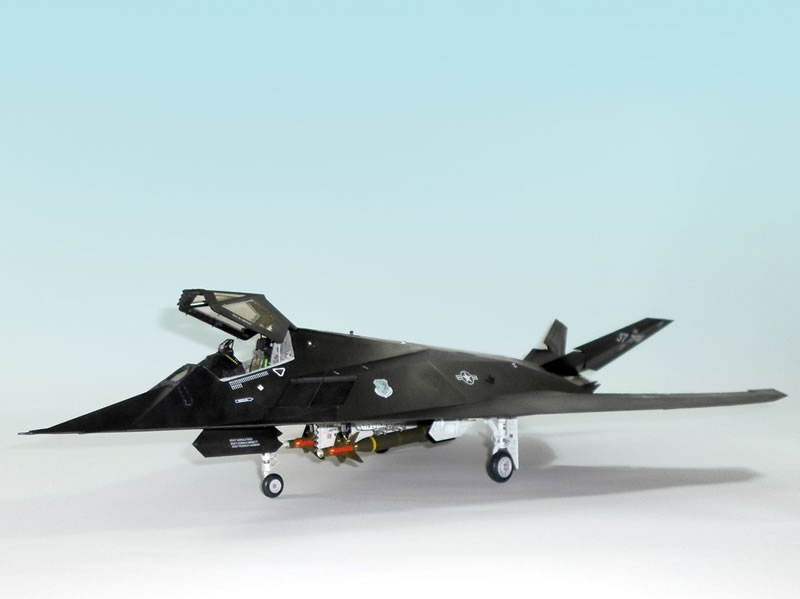 Had a few upgrades on this one:

This is my nephew Nathan's favourite aircraft and I built it for him to appreciate. It's also a tribute to my all time favourite band, Iron Maiden. 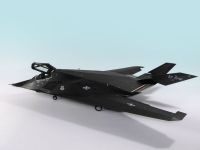 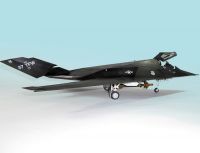 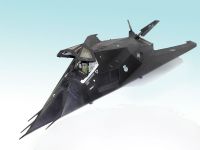 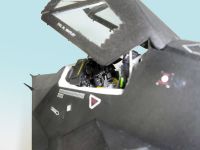 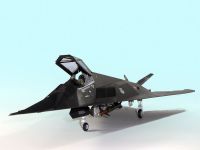 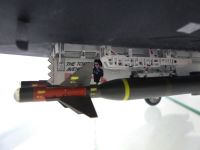 The noseart on the bomb bay is from Iron Maiden's second album:

I had always wondered on the inspiration for the noseart, and finally one day, I got a reply from the man who inked the noseart himself. The following was his reply to a post I made on a forum:

Hey, I was looking through some F117 pics on Google and came across your pic with the Iron Maiden album cover. I was pretty excited to see that someone caught that! I designed that "nose art", and came up with the name, The Toxic Avenger. I'm Ron Harmon btw.... (SGT Ronald Harmon). 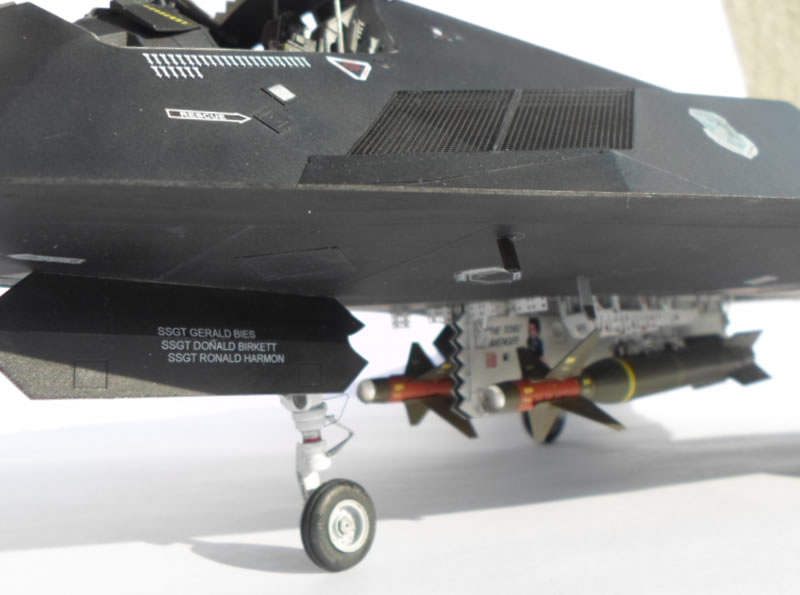 In 1990 we didn't have the Internet so the closest thing we could come up with in Saudi Arabia for an example of "a" Toxic Avenger was Iron Maidens mascot Eddie. Somebody had the Killers CD and that was a perfect pose, so I had the guy painting it for us put a pilots uniform on him. I wanted him to be holding the stick with one hand and dropping that bomb with the other. It was his idea to have the stick ripped out with the wires hanging out if it. I loved that!

The bomb that he's dropping comes from the previous nose art which never actually got painted on the jet. The jets name was Special Delivery when I first got on the crew. Somebody before my time had painted a picture and hung it in the hanger. It was an awesome picture of a skeleton in a delivery mans uniform with the big bus driver cap. He was holding that round bomb with the fuse lit and had the words Special Delivery at the top of the pic. I really wish I could have gotten a copy of that. Like I said, it was awesome!

When we got a new Crew Chief - Jerry Bies we renamed it to The Toxic Avenger. I came up with that name from that old B movie with the same name. Seemed fitting since everything on that plane was toxic! I didn't really expect it to be approved.

When we got a new commander, Col. Whitley, he chose our jet to put his name on. I assume that was because of my superior mechanical skills in maintaining my jet to the very highest standards in quality and workmanship! haha. Anyway, that's why my name and my nose art is on the decals. The Wing Kings jet gets photographed a lot!

Oh, and I painted the 29 bombs under the canopy too. That's 29 missions where we dropped at least one bomb.