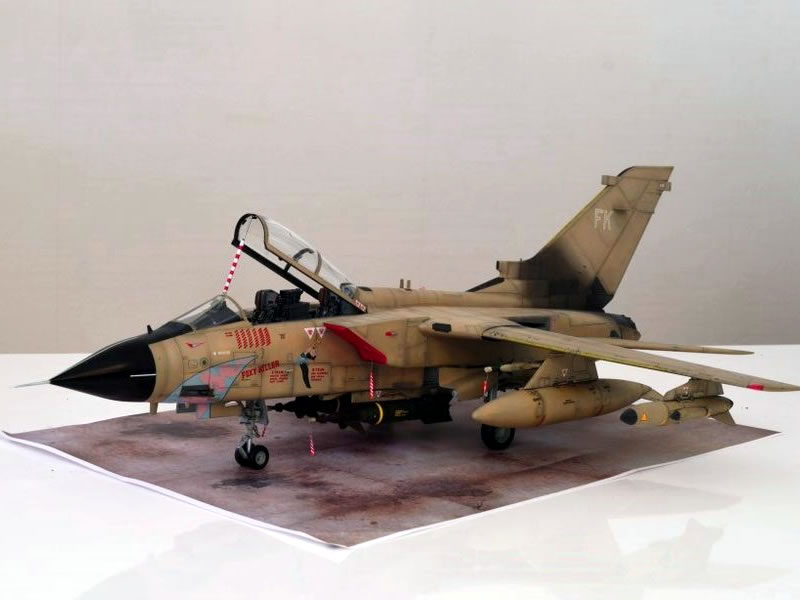 This is my interpretation of the famous ZA465 FK "Foxy Killer". After some time in the Tabuk Detachment she looked real beaten up by the sun and sand.

I tried to mimic her look but i found out that this was a hard task to do. The Aires resin fitted rather bad i have to say. But in the end i am satisfied with the result.

For painting this aircarft I used Gunze acrylics and Alclad II Steel and Duraluminum.

This is the reference picture I used: 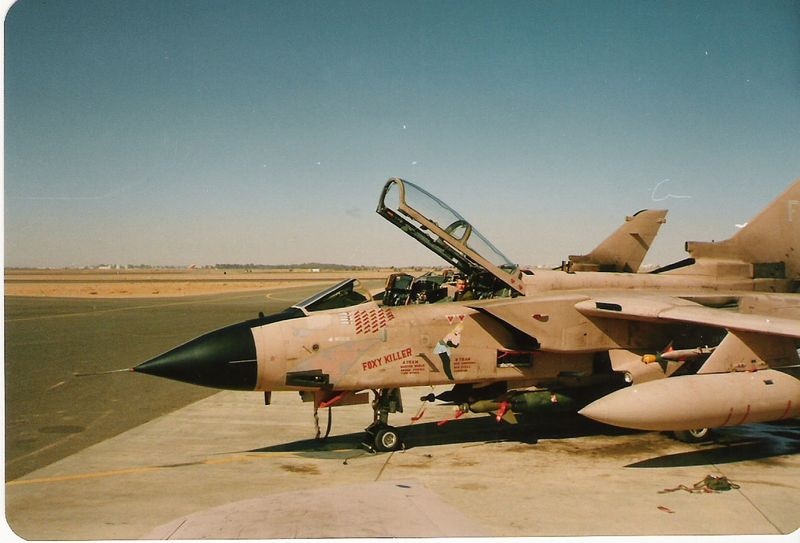 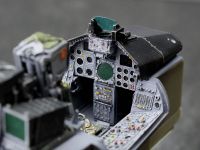 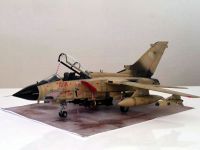