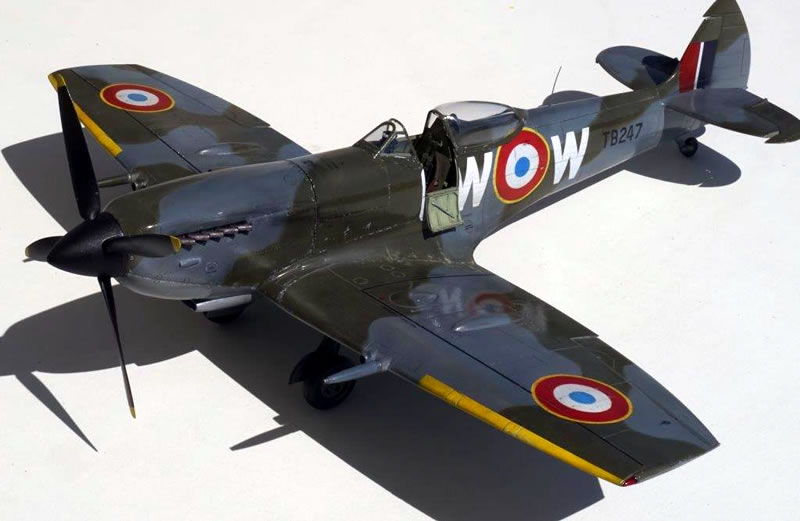 To finish with my series of 1/32 scale Tamiya Spitfires, here is the latest one.

This is the Mk 16 finished under the markings of the Free French Air Force 340 Squadron "Ile de France". This particular Spitfire was flown by Jacques Remlinger who joined the 340 squadron in the last days of the war (April 1945).

At that time French roundels had just been painted on some planes but I realized after I took the pictures that I had forgotten to paint the "Croix de Lorraine" blazon that was the official insignia of the Squadron on either side of the windscreen.