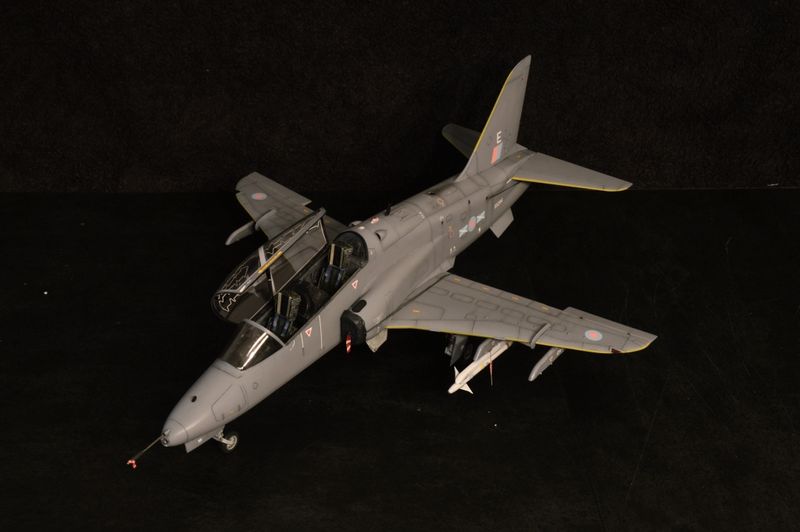 This build is Revell's BAe Hawk T1a. A grey one from RAF. I chickened out about doing a black one. Not because the high gloss, it was the black finish that feared me. I find it hard to represent a black aircraft in miniature. anyway, I find this Revell kit is not so good as i thought. It is pretty basic acually. Many details are missing. I tried boost the kit up with aftermarked stuff. By the time i was ready for the paint i find out that the RAF Hawks outer pylon cant carry external tanks. In a other way, the outer pylon had to go. Mine just got "hanging around" as you see. The explosive wire in the canopy is scratchbuilt by solder thin kopperwire. The kit's choice of a decal is just a joke to me.

Paintwork is done by Gunze acrylics and Alclad II.