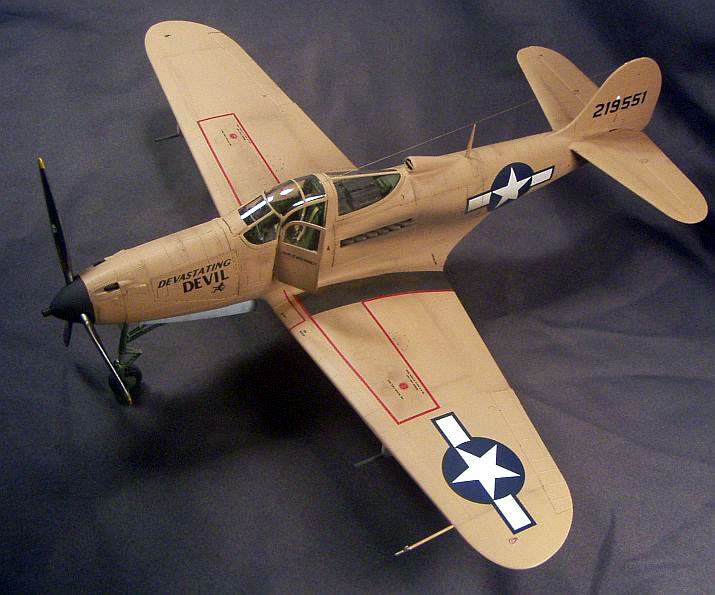 I have to say it was not a fun build due to several things such as fit problems, poor instructions, sub state-of-the-art parts, etc. On the plus side, exterior detailing is really nice for the most part. I have a SH "Q" that I robbed the pitot tube and drop tank braces from (the kit braces are wrong and way out of scale). Also I used their decals for "Devastating Devil". Kitty Hawk neglected to supply a pitot tube and radio mast. Duh! I used White Ensign FS20279 RAF Gulf Pink/Sand for the top color and a light blue mix of MM White and Azure blue for the undersides (same as the P-40N). The interior, wheel wells and gear struts were painted using my mix for Bell Green. Seat belts are from FineMolds and the instrument panel is a mix of Eduard, SH (Eduard) and kit items. I was REALLY wanting to get done with this build so I didn't do a few things that I would have done otherwise such as fixing up the .50 gun pods. The .50s on the nose are from my spares box. I also added a 3/16" "plug" to the rear fuselage to lengthen it. The kit really should be built with the nose and engine compartment panels off and those compartments detailed. Then you'd have the problem of where to put any nose weight. Oh well.

There's a build thread for this model in the forums. 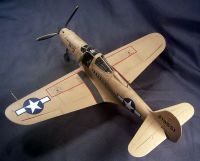 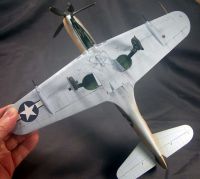