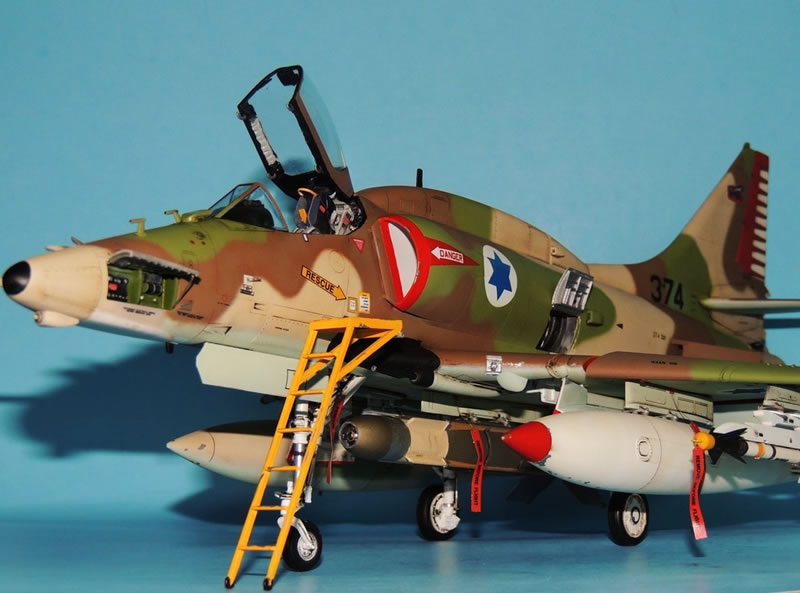 I've posted my other IDF/AF Skyhawk models here and I have to say, I can't seem to get enough of this beautiful plane, so here's another. This time I used the Trumpeter 1/32 A-4M which is far and away more detailed than the Hasegawa kits I've built before. No kits are perfect and this one is no exception. I have to say though, it was a pleasure to see it finished and I'm showing the result here. It took about 2 months of on and off modeling time to completion. It's painted in the colors of Israeli Air Force #115 squadron, "The Dragons". The squadron currently flies F-16A "Netz" aircraft as an aggressor squadron for the rest of the IDF/AF.

The model is painted in the colors of the Dragon squadron as it would have appeared during the first Lebanon war in 1982. I've armed the plane with a HOBOS 2000lb glide bomb and an AIM-9D sidewinder missile. The bomb was detailed a bit to bring it up to the rest of model detail level. The cockpit is Aires resin for the A-4M. 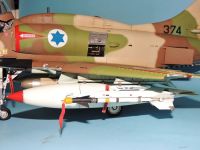 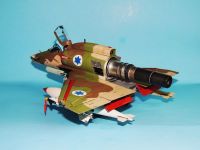 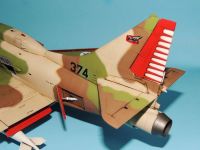 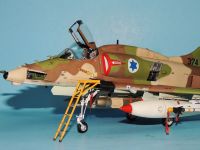 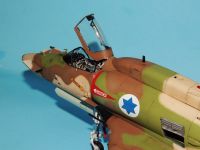 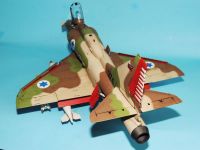 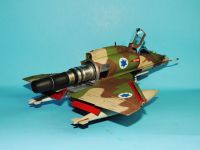