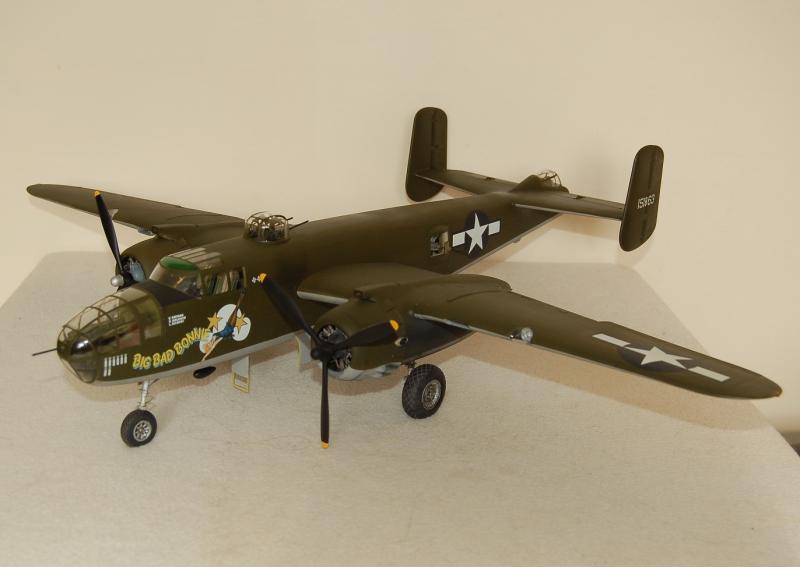 Big Bad Bonnie was the first B-25 I ever saw flying. Back in the early '80s at Stapleford in Essex. When Kitsworld produced the decals I new I had to build one.

This one came up on eBay for a very good price so I snapped it up. The build went OK but it was one of those models where I had bad luck along the way. First of all I accidentally poked the seats out after the model was already finished. This meant I had to get them back in through the turret opening , then the dog got hold of the nose glazing and cracked it. Luckily my friend had a spare one, then one of the scratchbuilt exhausts fell into the rear of the engine, which meant I had to pull the engine off to get it back out.

The model has been modified to represent the TB-25, so I had to remove some exhaust stubs form the cowlings and make a new exhaust. The hardest part was scratchbuilding the new taller squarer carb intakes.

It is fitted with SAC metal legs. I had seen and heard bad things about these but mine were perfect. The nose weight is the Profimodeller one but I needed to add more to it so be aware! Wheels are the superb Brassin one. Prop blades are loon models and of course the decals from Kitsworld.