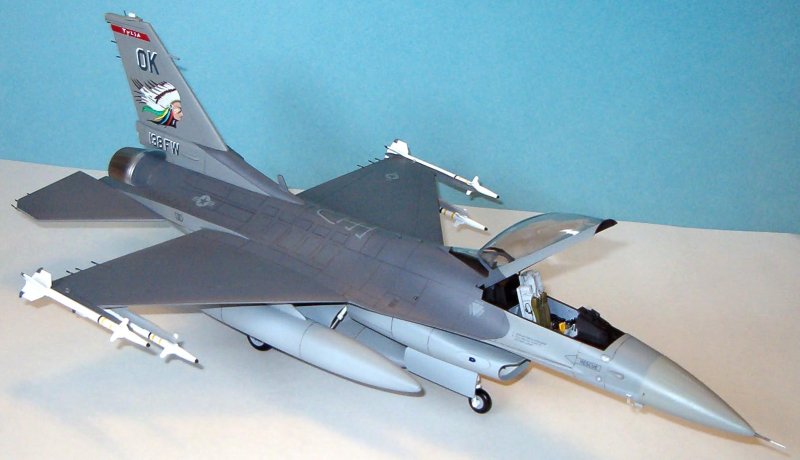 The basic kit is an easy build with a pretty good fit on most of the parts. The problem is what’s not there. It comes with 2 late version AIM-9s, 2 MERs, which I’ve never seen on an F-16, 2 AIM-7s, and an accurate centerline tank.

The first problem to be fixed was the lack of an inner intake duct which is very obvious if left the way it is. The duct was built with 5 thousandths sheet styrene and was a fairly simple task made a little easier by the lip molded into the inside of the duct mouth. Wonder if they planned to add it but left it off as a cost-saving measure and to leave something for us modelers to do?

Next came the cockpit, which is partially usable but very spartan. The instrument detail on the mail cockpit tub is molded in low relief and could be OK drybrushed, but I drilled out the knobs and switches and added new ones made from stretched sprue of different diameters to give it some depth. The instrument panel was scratchbuilt because the kit item is for an F-16A. I also added a throttle and reworked the control stick to make it more accurate. Cockpit sidewalls were added to cover the kit’s bare walls. The seat is a pretty good representation of an ACES II and doesn’t need much more than a good paint job. The canopy was somewhat of a challenge, being designed to be cemented closed and molded in one piece. The canopy frame had to be extended on both sides with a corresponding area having to be cut out aft of the cockpit. The canopy support and lift mechanism were made from aluminum tubing and brass wire. 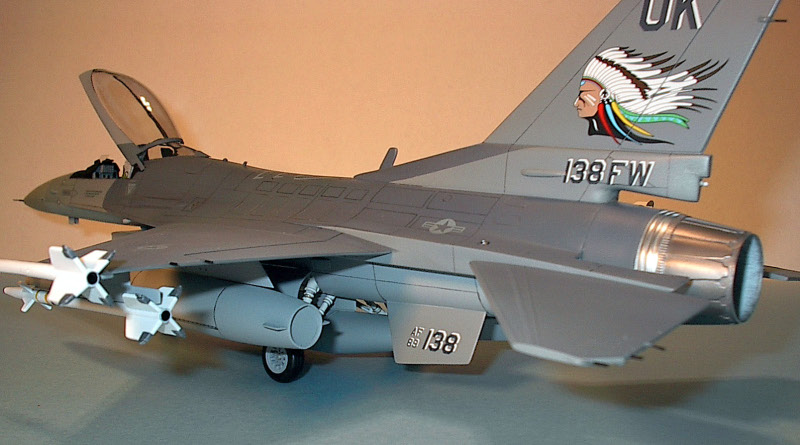 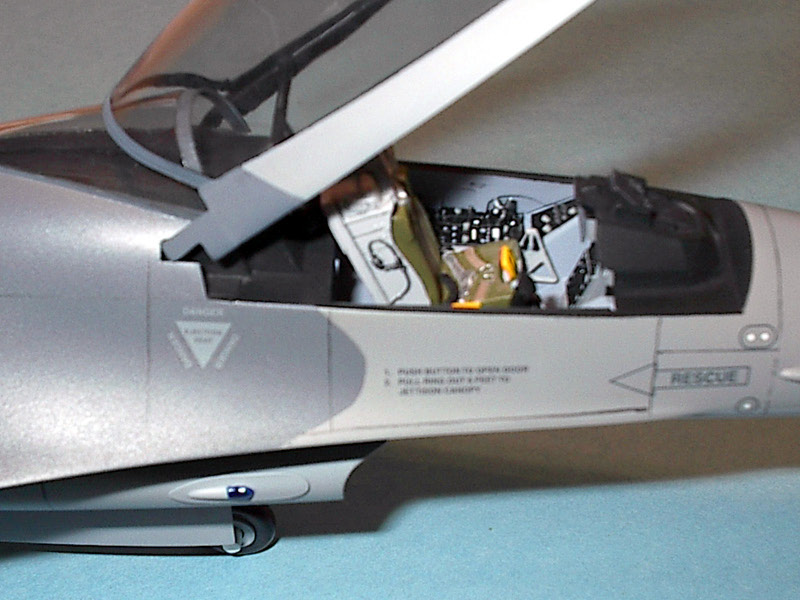 All of the raised surface detail was sanded off and redone by scribing and a good sharp pencil and the use of a lot of masking tape. The engraved detail is, for the most part, accurately done and was left intact. Pitot tubes and AOA probes were added as well as the upper Tacan antenna and the static strips on the radome which were all missing from the kit. The 370 gallon wing tanks were converted from some old Revell F-4 items that are approximately the right size and just needed the aft portion removed and small fins added. The centerline tank was used as-is. AIM-9ps from an earlier F-16A kit were used instead of the ones in the kit. 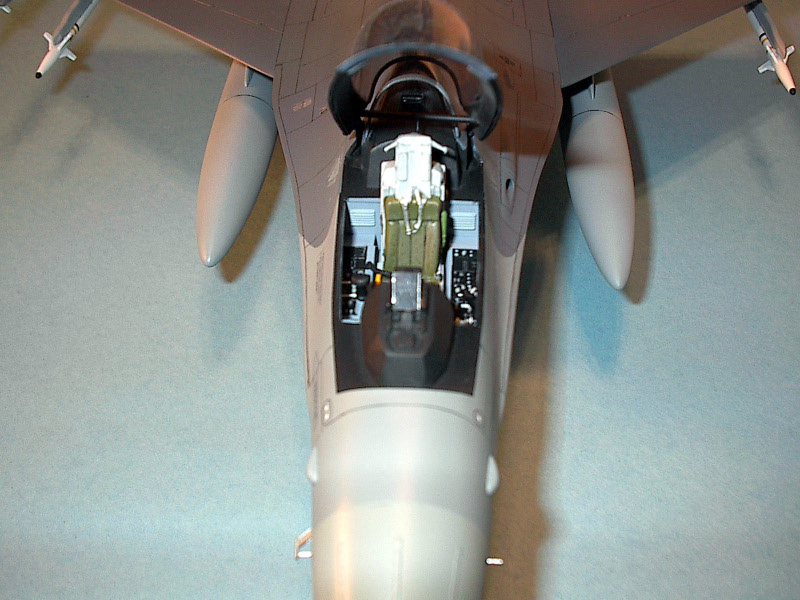 I originally intended to use the kit decals for the 512th TFS but they were defective, which is pretty unusual for a Revell kit, so I used the Fox One (32-008) set for the Oklahoma Air Guard’s 138th Fighter Wing instead. The model was painted with Testors Acryl paints and Future Floor wax was used both as a base for the decals and as a sealant for same. The model was given a final coat of Acryl semi-gloss. Some weathering was done with a burnt umber wash, but since most Air Guard aircraft are kept clean, I tried to keep it as subtle as possible. The exhaust nozzle was finished with Testors metalizer lacquer and buffed out with a cotton cloth. 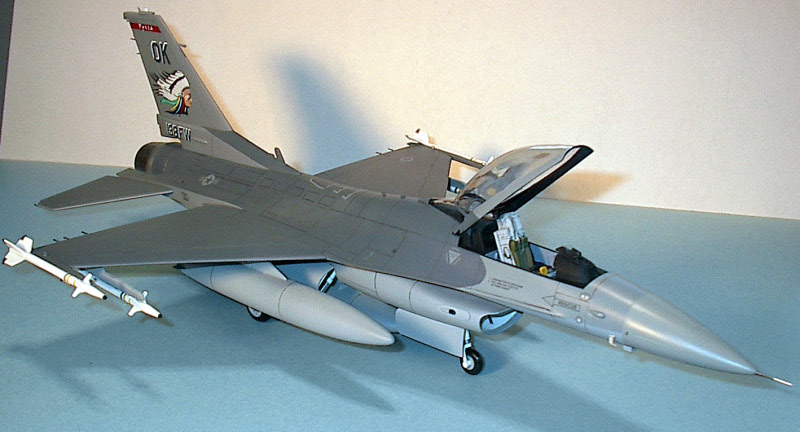 All in all, a fun build. The Academy and Tamiya kits are beautiful, the Hasegawa kits are nice, but this one is more of a challenge and, in my humble opinion, more fun to do. And, after all, isn’t that what it’s all about?