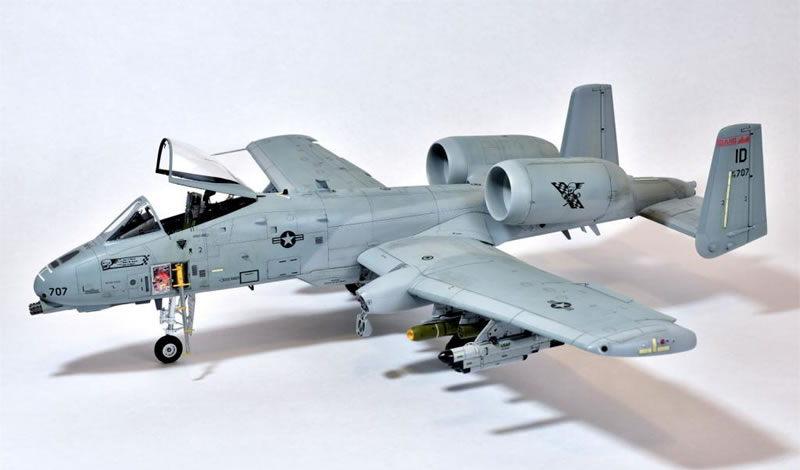 After 20 months and about 600 hours of work, I have another build to show off that you might be interested in. I used the 1/32 Trumpeter A-10A kit (#02214) as a base and then made the necessary changes to create an A-10C fairly closely. This kit, as you may already know, is really, really bad, but if want a big scale Warthog, it’s the only game in town! I re-scribed every panel line and re-punched every rivet, then moved, deleted or created many more details along the way. There are so many changes I won’t get into them right now, but I did have a lot of help from the after-market community as follows: