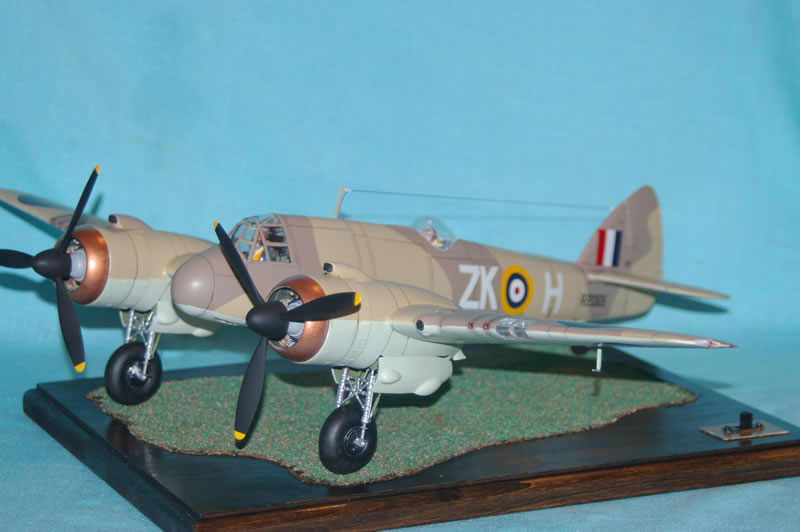 This is the 1/32 scale Revell Bristol Beaufighter Mark IC. The first four photos are of the scratchbuilding I did on the cockpit, the LEDs lighting the instrument panel and with the Master Details British Pilot figure. The next three photos are of the scratchbuilding done on the interior of the fuselage with the LEDs lighting the observer/RO figure that is also a converted Master Details British Pilot figure. The last three photos are of the completed model. In the last photo the propellers are actually spinning and the landing lights are on. Unfortunately, the camera didn't capture the spinning propellers and the ambient room light mostly washes out the lighted landing lights. The model was painted with MM enamels. The crew figures were painted with oils and MM enamels.