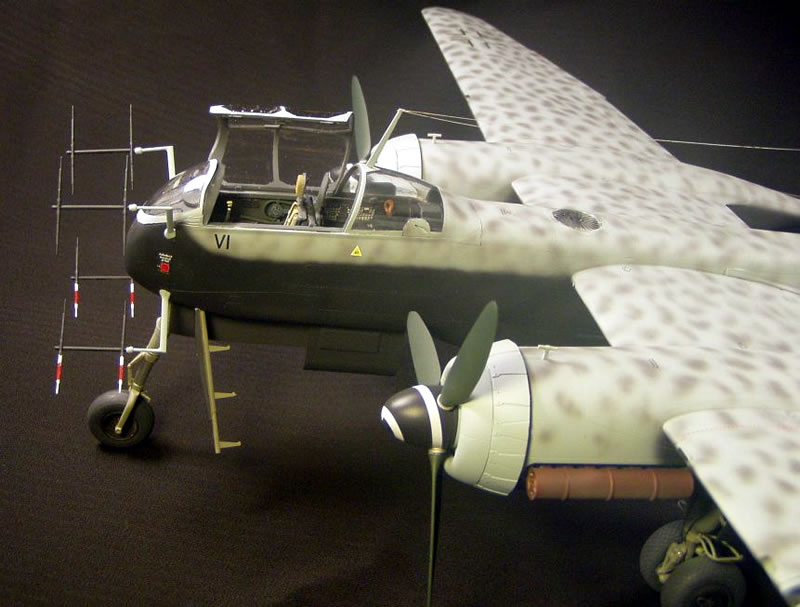 This Revell kit is very nice with mostly great fit but a few tweaks and after market additions enhance the final model. If you followed my WIP you already know about the prop mods and the wing incidence correction among a few others. After market stuff used were G-Factor main gear, Barracudacast cowlings, FineMolds seat belts, and Eduard Brassin wheels. I used White Ensign paints for the RLM76 and 74 and a "scale black" that I mixed myself using Testors MM. Interior RLM66 was Testors MM while the 02 is Xtracolor. Decals are a mix of kit decals and AIMS Decals. I figured the only way to get some underside shots was to take them without the fins, props and antennas attached. 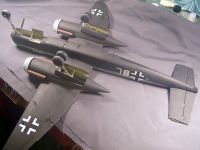 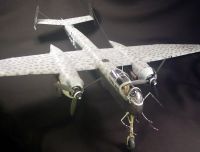