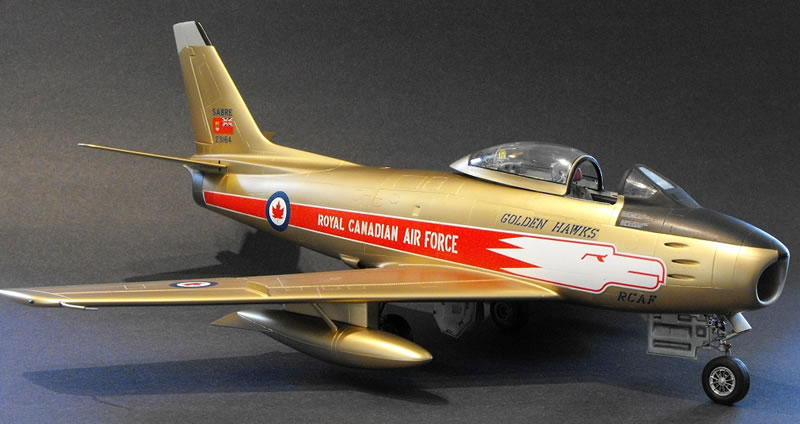 The Sheffield Luxor Pale Gold used on the GH's was a challenge,was a MUCH different shade than just Sheffield.,A while back James Craik sent me a package of the actual pigment powder that was used to paint them...that he liberated from Chatham back in the '60s. Now here's a fellow who knows more about the Sabre than most ever will as he was there and worked with them...thanks again James. Took some and painted a patch on a spare wing.

Tried a number of gold paints with no joy...then I tried formulating Alclad Pale Gold to match the test patch that I had sprayed,after mucking about for some time I think perhaps we got really close (see pic) 15% Alclad Polished Aluminium to 85% Pale Gold. Why didn't we just use the real powder? Particulate was too large (out of scale) plus it jammed my Iwata something fierce. 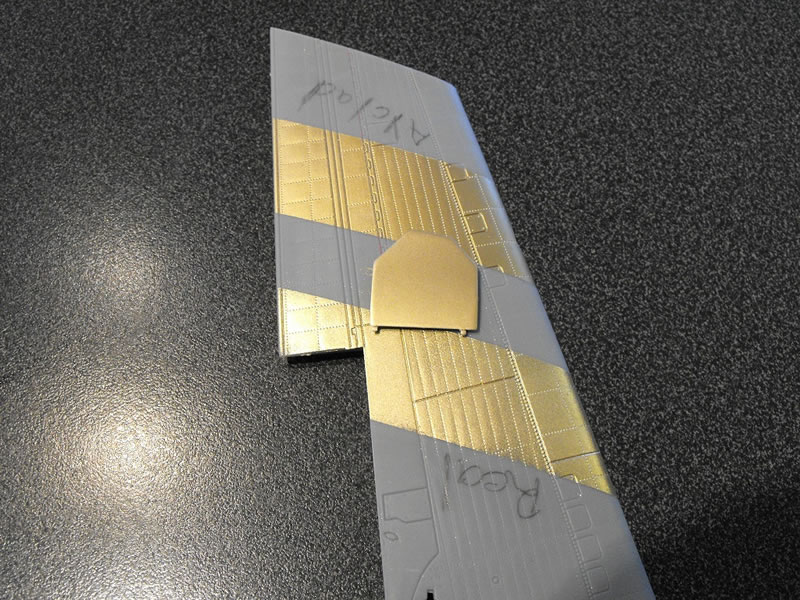 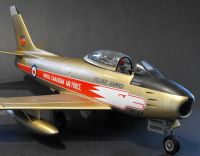 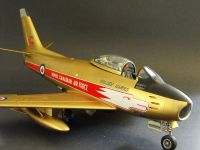 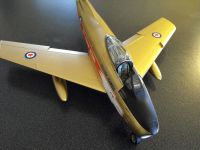 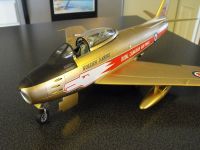