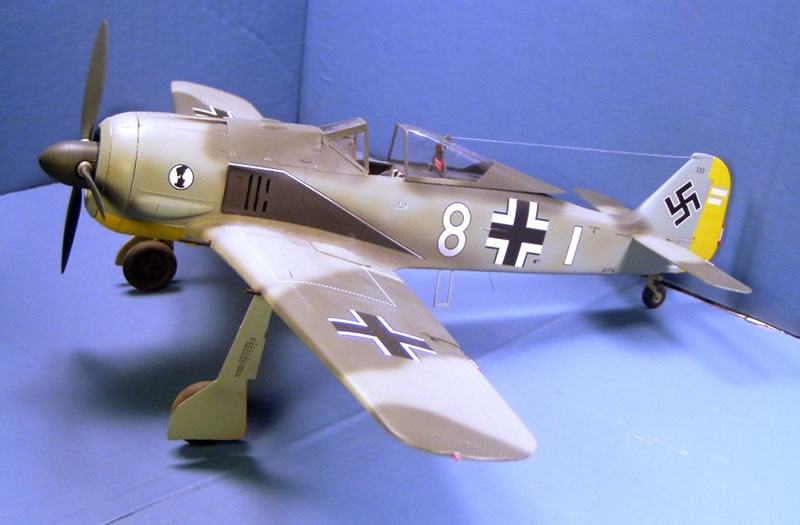 If you followed my build thread you know there was a certain amount of hair pulling and cussing involved. LOL I'm glad I went on and completed it and am pleased with the finished model. The only after market stuff used are Master Model guns but other than that it's a "out-of-the-box" build. The exterior colors (02, 71 and 65) are Xtracolor with Model Master RLM66 in the cockpit. Wheel wells are also Model Master. I used the kit decals which are outstanding (Cartograph). Light weathering was done using a silver pencil and some pastel chalks. For sure it isn't a shake and bake kit but with persistence and patience you can have a really nice model in the end. I hope you guys, and girls, like it! 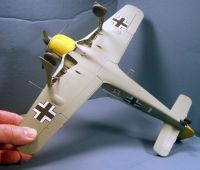 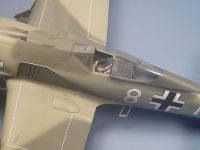