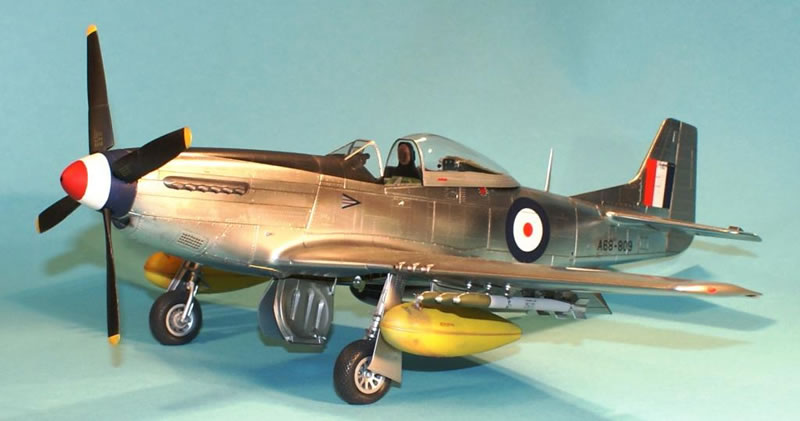 This is my first attempt at the Tamiya Mustang. Finished as a 77 Sqn aircraft during the Korean War.

HVARs are modified items from the Dragon kit and the napalm bombs modified kit drop tanks. Skin finish a mix of Alclad II.

This article was published on Sunday, December 15 2013; Last modified on Wednesday, February 24 2016