This is the only "Twin-engined" fighter in my collection right now but it won´t be the last ( 3 more "Beaus" are waiting in the closet!) Made from the old Revell issue nearly one year ago it was really a challenge, not only because it was the first kit where I tried to engrave those horrable big raised panel lines but also there is nearly unbelievable space in wing and fuselage for construction details and interior! 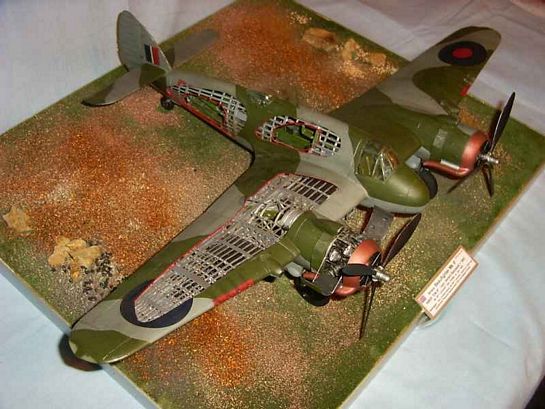 Because the stringers on the fuselage are very close together i decided to "open" themselves too to give the visitor a free look to the interior. 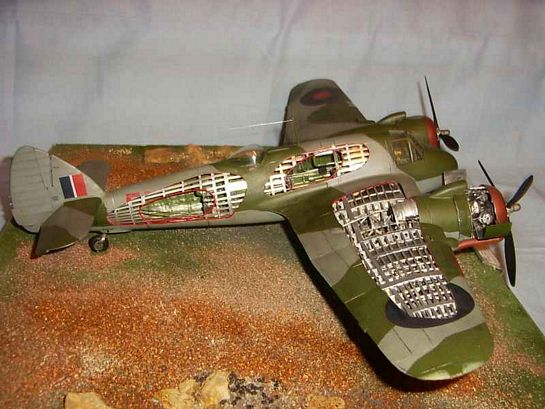 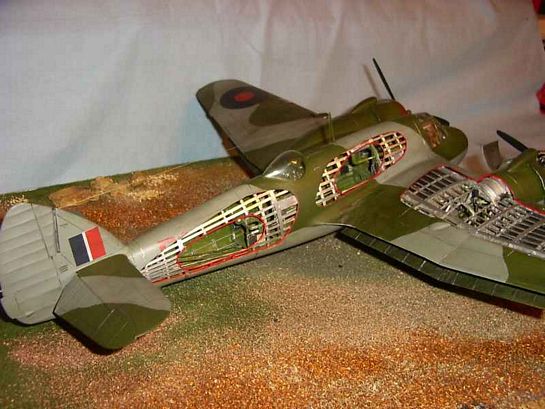 The Construction of the fuselage is a little bit different from the "normal" cutaways, the ribs are not really ribs from one piece like the ones from a Fw 190 or a Bf 109, they´re made from small stripes of plywood, laid into warm water for a few minutes and then bent into the right shape into the inside halfs of the fuselage. The Wing construction is nearly the same because there are only two "one-piece" ribs in the wing itself, these are the ones left and right of the wheelbay, the other construction is also made from small stripes of plywood, the stringers over the fuselage and wing ribs are stripes of plastic sheet as always.

As said before a nearly never ending space for interior and details insede this bird! 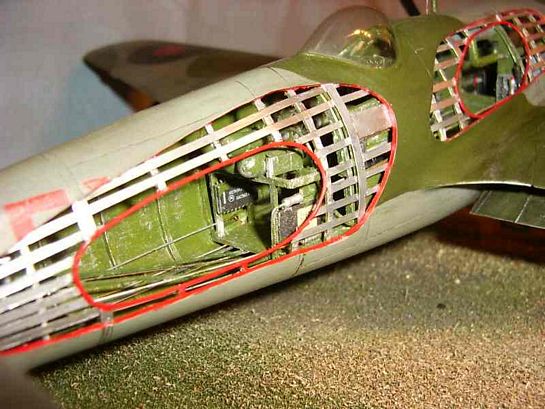 Sorry, a little bit dark inside but partially visible interior of foreward fuselage with some drains and other stuff. 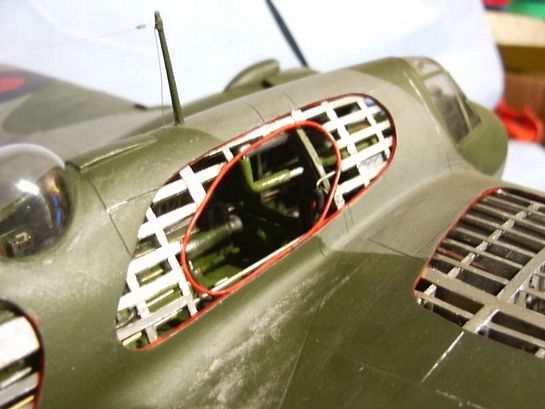 Here ´s the construction of the starboard wing including both fuel tanks, oil tank ( right after the motor), wheel bay and guns. 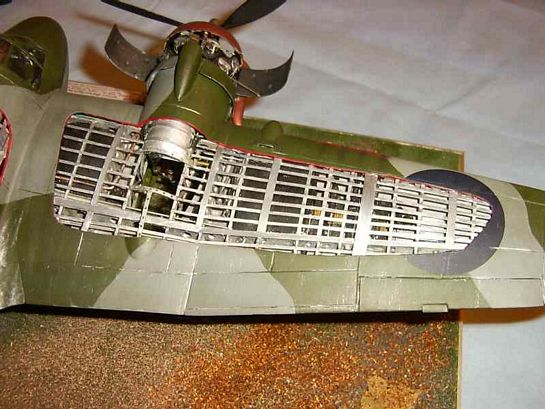 Codes and markings including his 4 swastikas handpainted, other extras are cowling flaps on both sides are made from aluminium-sheet, same as landing- flaps ´cause I wanted to show them opened/ down. 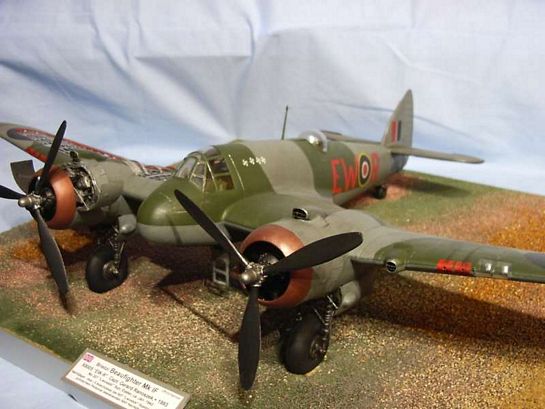 Both Hercules engines are working as well as landing light and position lights. Wiring and connecting of the electronical coponents were a little bit difficult, there are two power-circuits, one for the lights and one for both motors, every landing gear gets contact for one circuit with two brass wires ( +/-) from a piece of metal from the base. Weight of the model with all of it´s interior and motors without the base: 1,3 kg! As I said before, not the last Beau in my collection, 3 more are waiting, a lot of work to make a good looking bird of those old REVELL kits but...that´s modelling! Hope you enjoy, 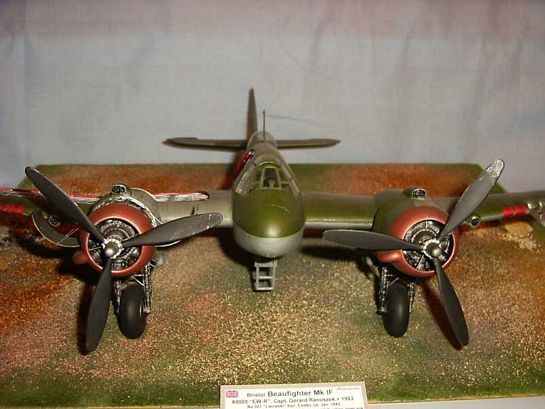