The basis for this project is the Tamiya kit. Most of the information about the build is in the build thread, but admittedly I got a bit lazy toward the end and stopped updating. As with most builds, some things about it I really like, other things not so much. But, here it is. 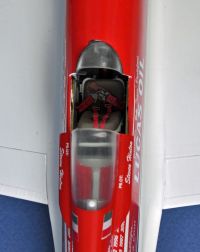