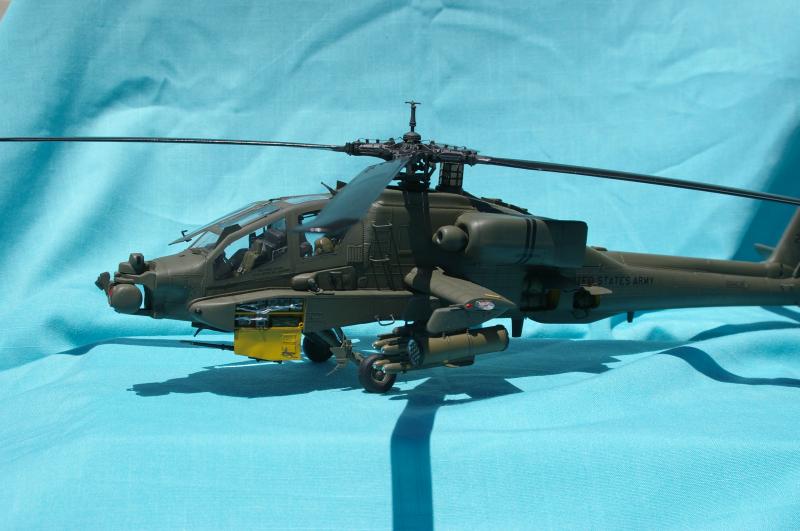 This is the venerable Revell 1/32 scale AH64-A Apache Attach Helicopter. I had planned to use the Verlinden detail set but learned during the construction that many of the resin parts were to large to use without some serious surgery either on the kit parts or the resin parts. I ended up using just the left and right sponson boxes, the left and right equipment/cargo bays, with their photo-etch hatch covers which were almost to small. I used zirconians as the seeker heads for the Hellfire missiles. Painting was done with MM enamels.