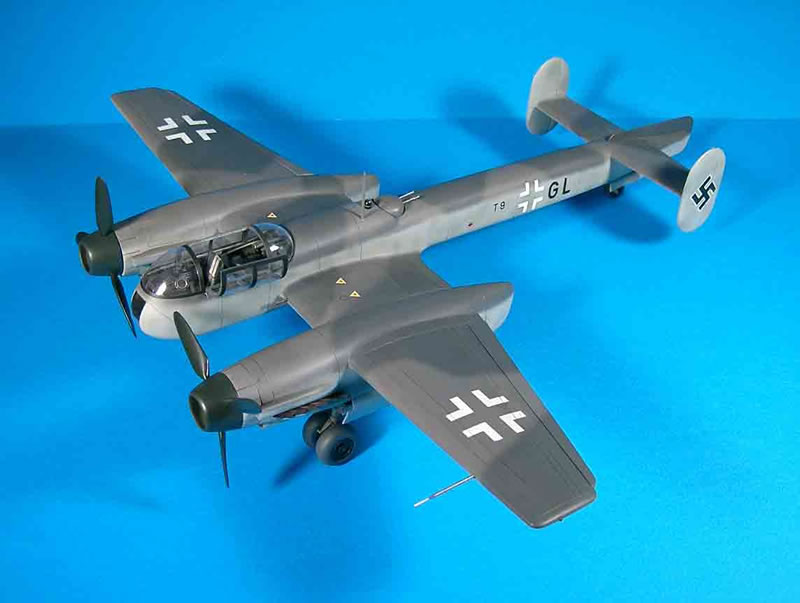 The Arado 240 has always appealed to me; it just seems to have a presence that suggests a competent airplane. It was designed to be an advanced multi-role aircraft capable of reconnaissance, dive-bomber, night fighter and bomber destroyer roles. The project began in 1938 and featured cockpit pressurization, high wing flaps, a unique dive brake doubling as a tailcone and remotely controlled upper and lower rear gun barbettes; all were fairly new at that time.

The aircraft was plagued with technical problems which eventually resulted in its cancellation in December 1942. Arado unilaterally continued with its development until late 1943, producing the V7 to V12 variants without success. Although changes included the deletion of the dive brake, inclusion of auxiliary fins at the rear and repositioning of the cockpit to the far forward section, it was plagued with continuing instability problems. Although not put into large-scale production, some were used operationally in the reconnaissance role based in Finland.

Although this model was built in the mid-1990s, I used pretty much the same techniques I use today, with the exception that the wings and tail surfaces were not vacuum-formed; they are simply hard balsa that was carved, then coated with super glue and epoxy. However, somewhat to my surprise, all this many years later there are still no cracks.

The pictures, which really tell most of the story, were taken with real film which accounts for their somewhat grainy appearance.

The fuselage, nacelles, radiator housings, and clear parts were carved from balsa and either heat-and-smashed or vacuum-formed. The propeller blades and wheels were turned from hardwood and cast from resin. Landing gear were scratchbuilt from brass and aluminum tubing.

The model was scribed in the usual way, but obviously, some extra care was involved since I was not working on styrene. The little metal saws were used almost exclusively.

I don’t remember what paint I used, but the decals were scrounged from various sources and sheets.

I don’t really know why I am only now getting around to writing up this model; it really is one of my favorites, and is still, to my mind, one of the more interesting German aircraft of WWII. 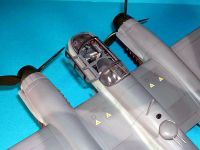 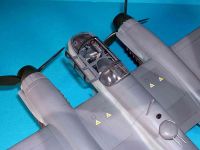