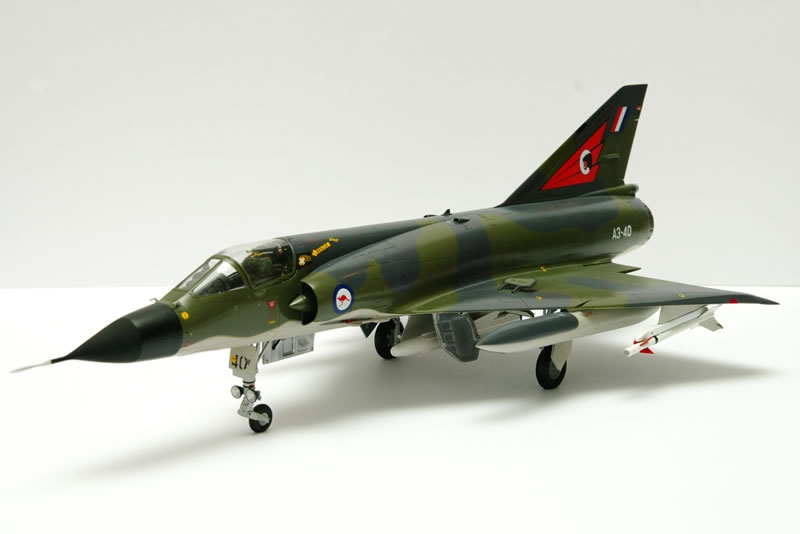 Thought I’d post my first serious modelling attempt, Revell’s infamous 1/32 Mirage III. The model portrayed is A3-40, a Mirage IIIO of 76 Squadron, RAAF with an Atar9C engine on a change out trolley.

For those in the know, 76 Squadron’s aircraft were camouflaged late in 76 Squadron’s life and carried a clean, satin finish; hence the absence of heavy weathering.

The kit was supplemented with the following aftermarket bits and pieces: 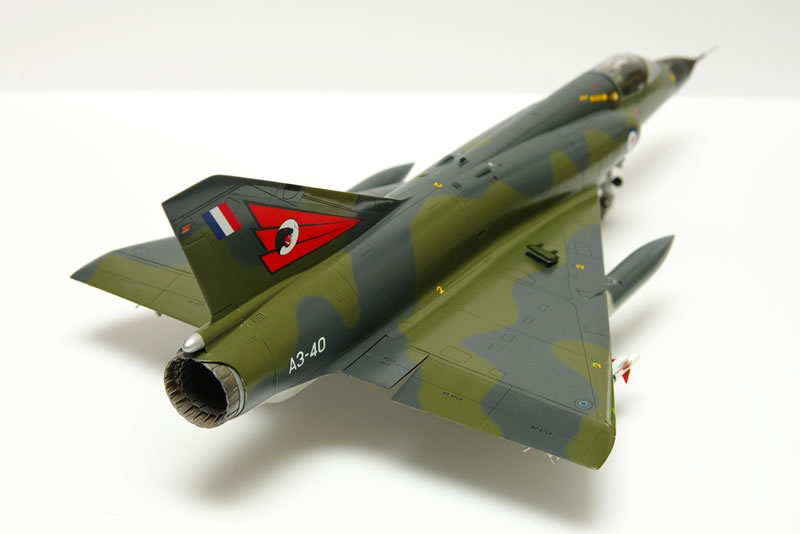 The following items were scratch built: 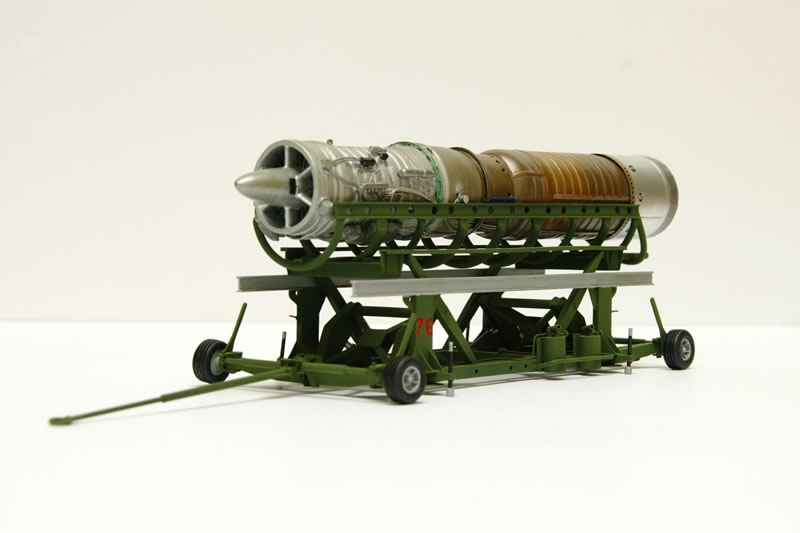 The Atar 9C turbojet is built from the following components (both modified to match the correct dimensions):

It took about two years to complete. After completing the decals, I took it out to the shed for the final satin clear coat and went to make some adjustments to the bench position. For reasons beyond me, I reefed the work bench up, tossed the Mirage across the shed and inflicted serious damage to the nose, canopy and wings. Four weeks and a shed full of expletives later it was safely tucked away behind glass. 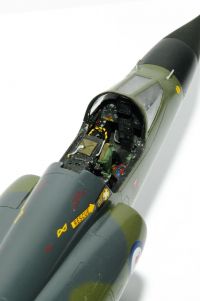