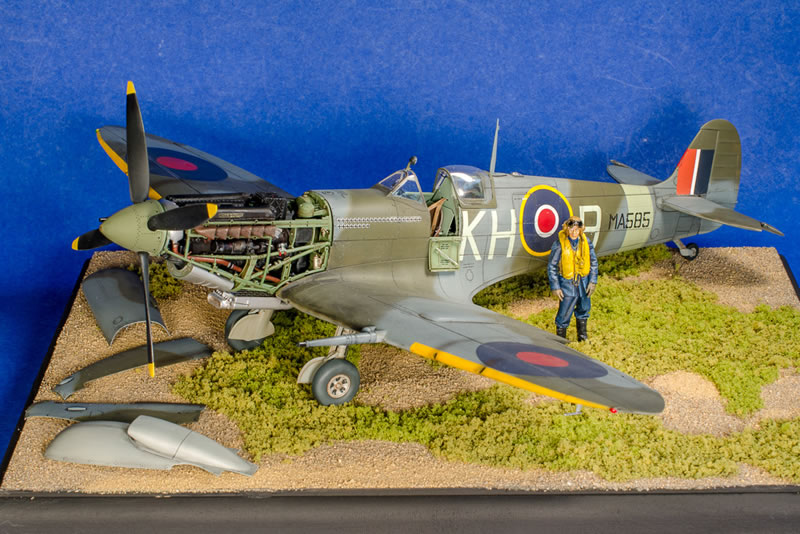 I tried quite a few new techniques on the Spitfire, most of which dealt with breaking new ground with weathering; which I have to admit, is something I normally hold way back on. Hopefully, I was able to keep the effect light, portraying the Spitfire as a well maintained combat aircraft. The Spitfire is mostly an OOB build with just a few resin upgrades to enhance the overall look. Added to the kit were:

I tip my hat to Tamiya for a fabulous kit. There is a build thread for this model in the LSP forums.