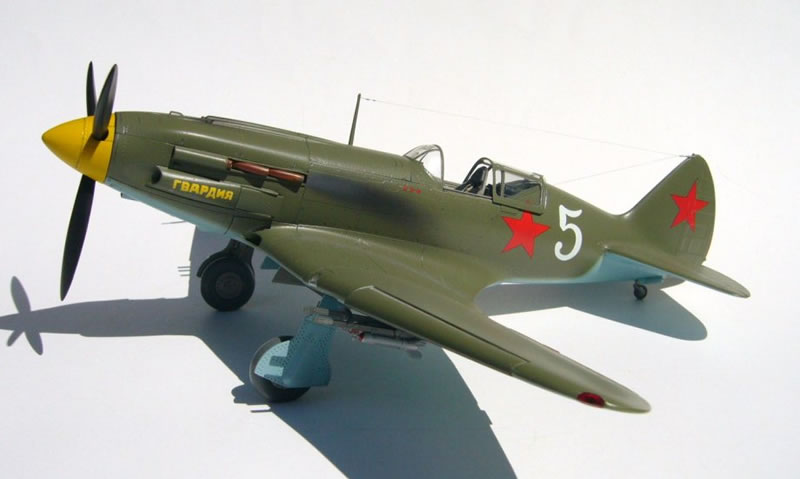 I would like to introduce my Trumpeter 1/32nd MiG-3. The model was built out of the box. The only change that I made was to carefully paint over the Cyrillic word on the noise with yellow paint which my references tell me is the correct colour. The kit was a no hassle and enjoyable build. I really wish there were more Soviet WW2 aircraft models in 1/32nd scale as I find them most interesting. I can only wish and dream that more will be released in the future.